The SEVEN healthy habits that may almost halve your risk of suffering a stroke,

How a Christmas gift can change a life

Everyone knows about the classic symptoms of a stroke – and the usual permanent damage that follows one. However, there is such a thing as a “mini-stroke,” and while it shares some of the same symptoms as a full-blown stroke, it can serve as a warning that something bigger may be on its way.

The medical term for a mini-stroke is a transient ischemic attack (TIA), of which the keyword is “transient” – meaning it doesn’t have lasting effects, namely, resolution of symptoms within 24-hours. But it’s not that simple. So, let’s take a look at 13 things to know about a TIA or mini-stroke…

Defining a TIA
Healthline.com says a mini-stroke occurs when there’s a temporary lack of blood flow to a part of the brain, which can have stroke-like effects that resolve within 24-hours.

While a stroke will cause permanent brain damage (although varying levels of recovery are possible with ongoing treatment and support), a TIA does not cause permanent damage. 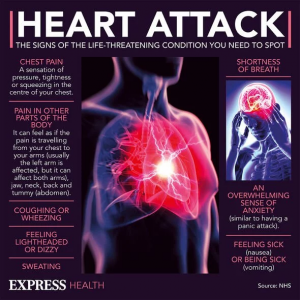 Caring for a stroke survivor